Sacha Décosterd was born on 14th August 1990 in Lausanne, Switzerland.

At the age of 4, Sacha started Karate in a small dojo in Lausanne. Since that day he has devoted the main part of his life to practice. He participated in his first international competition, the Open of Malaysia, on the day of his 15th birthday.

On this occasion his potential was noticed for the first time as he won two titles in the Junior and Senior categories. Sacha was lucky and talented enough to learn from some of the best masters in the world.

He is now the proud successor of his predecessor Andy Hug. Today at age 26, Sacha cumulates titles, awards and remarkable sporting achievements in the international arena.

He has won the Swiss Championship multiple times and is the captain of the Swiss National Karate team.

In 2011, Sacha won the IBK Karate Kyokushin World Championship for the first time. A year later, he won the European Union Championship.

‘’The Swiss Samurai » named as such by the Swiss media, was trained by the best martial arts academies in the world and has followed the teachings of the most renowned Karate Kyokushin masters in the world. Among which we find, Shihan Jacques Legrée, Shihan Antonio Pinéro and Kaisho Jon Bluming.

The seasoned professional karateka, Sensei Sacha Décosterd, travels with his team and the coach of the national Swiss Karate Team, Claudio Alessi (who is also his mentor). They travel the world to take part in and to win the most prestigious competitions.

In 2007, Sacha co-founded the Geneva Kyokushin Karaté Club – Kyokushin Karate Club Genève (KKCG) with Shihan Claudio Alessi (8th Dan Karate Kyokushin) thanks to the support of the Vernier Mairie (town council). Together, they give karate lessons « open to all ». In doing so, they support The Association « No Difference » that tries to alleviate, through the practice of sports, difficulties encountered daily by people affected by various handicaps.

Today, Sacha lives in Geneva where he directs the KKCG and studies Biology and Mathematics at the Geneva University.

The Kyokushinkai is “The School of the Ultimate Truth”. It is a style of karate created in 1956 by Master Sosai Mas Oyama (10th Dan). This concept has less to do with the Western meaning of truth; rather it is more in keeping with the bushido concept of discovering the nature of one’s true character when tried (“Karate the Japanese Way”, A. M Groenwold, 2002, Canada Trafford Publishing). Sosai Oyama (1923-1994) world-renowned fighter and specialist in many other disciplines, founded his own style of combat in Japan, based on a synthesis of Budō (spiritual path of the warrior or martial way): The Kyokushinkai. Karate Kyokushin is an art of combat that is very strict.

It is rooted in a philosophy of self- improvement, discipline and hard training. Pioneer of the full contact style, Kyokushin is practiced without protection and searches for maximum effectiveness in combat (Kumite). It is a spectacular and extreme martial art where the focus lays in striking your opponent. Competitions include kicks and punches (kicks to the head, but not hand strikes to the head). However, Kyokushin is a method of personal development and spiritual enhancement.

It is an excellent educational system rooted in universal values. People can practice this discipline at all ages and at various stages of physical fitness, as it is a progressive art with a belt grading system spanning from Myukyu (white belt) to 10th Dan (black belt 10th Dan). The 1st Dan is equivalent to the first black belt. It is through the study and repetition of movements that the fighter (karateka) approaches the true essence of karate.

Through his quest of knowledge, he is also in search of inner peace and an authentic life. The Kyokushinkai is one of the most popular martial arts. Today, more than 20 million people worldwide practice it. To find out more about the Kyokushin Karate martial art, please visit the website in French: Kyokushin Karaté Club Genève (KKCG) 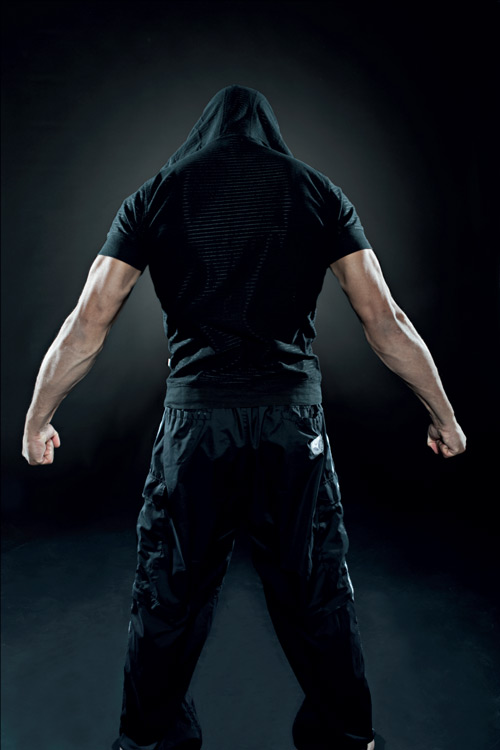 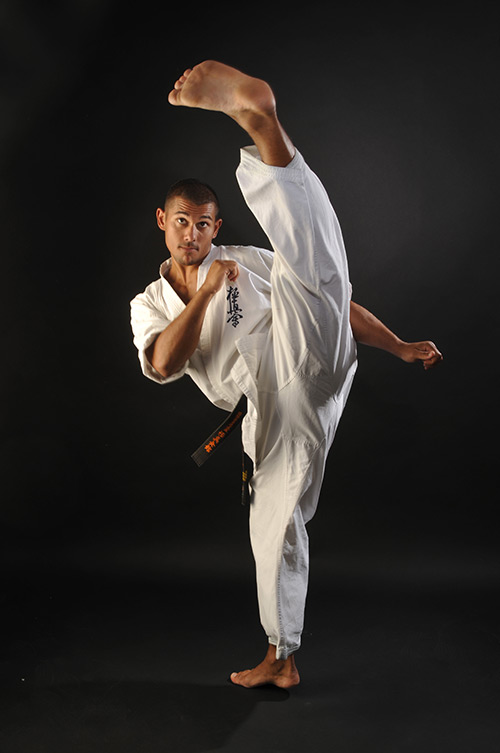 Among the many titles that the Swiss rising star has obtained so far, Sacha became European Champion in 2012, World Champion International Budokai Kan (IBK) Kyokushin in 2011 and Swiss National Champion from 2009-2011.

Some of his more recent major titles were received in March 2014 for The Copa America in Miami, competing in the <80kg category. In the same category, Sacha was also awarded the title of  Champion for the Open Portugal World Independent Budo Kai (WIBK) in June 2014.

In order to finance his karate activities, including material and travel costs to participate in combats and championships, Sacha is looking for sponsors that believe that his 20 years of training with renowned masters, his repeated successes and numerous titles and awards, are worth investing in.

The Swiss karateka is determined to continue his training and aspires to persevere on his path towards new challenges and experiences that will allow him to grow in his martial art, but also humanely.

Some of the partners are:

The values conveyed by the Kyokushin, his martial art, are represented by his Dojo-Kun (training hall rules outlining behavior expected and disallowed). In essence, they are as follows:

In addition to the Dojo-Kun values, Kyokushin karate promotes good health and wellness through physical exercise, healthy eating and living. It is a way of life that ensures a good body and mind equilibrium and enables individuals to attain self-fulfillment.

If your company, brand or institution believes that you have values in common with Sacha’s Kyokushinkai and Dojo-Kun, then you are most likely a perfect partner.

Over the years, Sacha has received the support of a number of organizations: companies, institutions or brands. He thanks them for believing in him.

Your sponsoring benefits will depend on the type of partnership that you conclude with Sacha. Your corporations will gain direct visibility at competitions, trainings and in the press. Furthermore, the association in between Sacha’s karateka Dojo-Kun values and your brands’ values will be mirrored. Thus, your common values will be enhanced and your brand will profit from this visibility and perhaps new brand awareness will emerge or be strengthened through this partnership.

As a sponsor, your main benefit will be to obtain visibility during the karateka’s national and international competitions.

Furthermore, Sacha is regularly in the press and has obtained a large amount of media coverage in Switzerland and abroad (see Sacha in the Press section). As a partner you will receive brand visibility on these occasions too.

Your logo will be visible on:

There is a whole range of sponsoring opportunities for the organizations that will support Sacha Décosterd. Details will be discussed and determined directly with your enterprise.

Listed, you will find the most prestigious titles that Sacha has obtained so far in his promising career:

SACHA IN THE PRESS